Why I write Science Fiction

I discovered that basic human behavior—emotional and physiological reactions to specific internal and external stresses—could be well-expressed though stories. What makes a science fiction story special is that the tension originates at unexpected locations with unusual characters and strange circumstance, all of which combine to produce surprisingly ordinary human responses.

I’ve enjoyed this wonderful form of entertainment all my life. Now I find pleasure in manufacturing the adventures for myself. I offered a scientific basis for the fictional science I described. I hope the reader will feel that my books are based upon hard science with characters responding with normal human behavior.

My characters are presented as complex people. Their behavior is multifaceted—sometime predictable, sometimes not—but their response always fell within the spectrum of past human reactions.

In the past, the scientific speculation of science fiction has helped spark the curiosity of researchers in many fields.

As a result, I believe science fiction should start on hard scientific principles. I researched the technologies included in the story and tried to predict their development path into the next centuries. For example, genetic engineering is current an important social topic and humanity faces difficult choices ahead.

In my book, Lieutenant Henry Gallant, genetic engineering plays an influential role in the background, but it is cast against a competing innovation—Artificial Intelligence. In addition, I found it useful to explore the concepts of dark matter and faster-than-light travel, both of which are areas of serious scientific exploration today.

The hero should exhibit his emotions to allow the reader to vicariously enjoy the emotional roller-coaster ride of the story arc. As a result, the reader will find it exciting whenever the hero gets into trouble, or danger—whenever he is embarrassed, or upset.

The more distress the hero endures, the greater his (and the reader’s) satisfaction will be when he finally prevails. Getting the hero into trouble is as much the author’s job, as getting him out of it.

A multi-book story arc requires a thorough understanding of the characters and their motivations, as well as considerable planning. An author always benefits from the encouragement and feedback of his co-conspirators in this endeavor—the readers. With the release of each book in a series, the voice of the readers becomes clearer. Their desire to see certain characters prevail and certain events transpire becomes plain.

My advice for aspiring authors is to work with an experienced editor. From time to time you can find yourself so immersed in your work that you may lose perspective. An outside voice can keep you focused on the truth you are trying to tell. You may not know if you are actually producing the impact you desire, until a knowledgeable editor offers an honest evaluation. Your editor can help you recognize when your book is ready for publication—when the characters are properly defined, the plot arc is adequately developed, and the settings are clearly described.

I am looking forward to further developing The Henry Gallant Saga—if the readers encourage me to do so through their review comments.

Let me tell you, briefly, what my latest book is about.

In Lieutenant Henry Gallant, one man pits the naked human mind against the perspicacity of machine intelligence.

In an era of genetic engineering, Lieutenant Henry Gallant is the only Natural (non-genetically enhanced) officer left in the fleet. Many of his superiors, including rival Anton Neumann, have expressed concern he is not up to the challenge. However, his unique mental abilities have proven essential to the defense of the United Planets in its fight against the Titan invaders.

Serving on the first FTL prototype, the Intrepid, on its maiden voyage to Tau Ceti, Gallant finds a lost colony on the planet Elysium. Cyrus Wolfe and his son, manipulate planet politics against the democratic opposition led by James Hepburn and his granddaughter Alaina. Wolfe has allied himself with an ancient Artificial Intelligence which had lain dormant on the planet for millennium, but is now willing to protect the colonists against the Titans.

With Alaina’s help, Gallant discovers the ancient AI has a sinister ulterior motive and he matches his unique and exceptional mind against the complexity of machine intelligence to escape the ultimate trap and prevent the extermination of humanity.
Posted by HPA at 1:27 PM No comments:

My new book Lieutenant Henry Gallant was a joy to write, here's why . . . 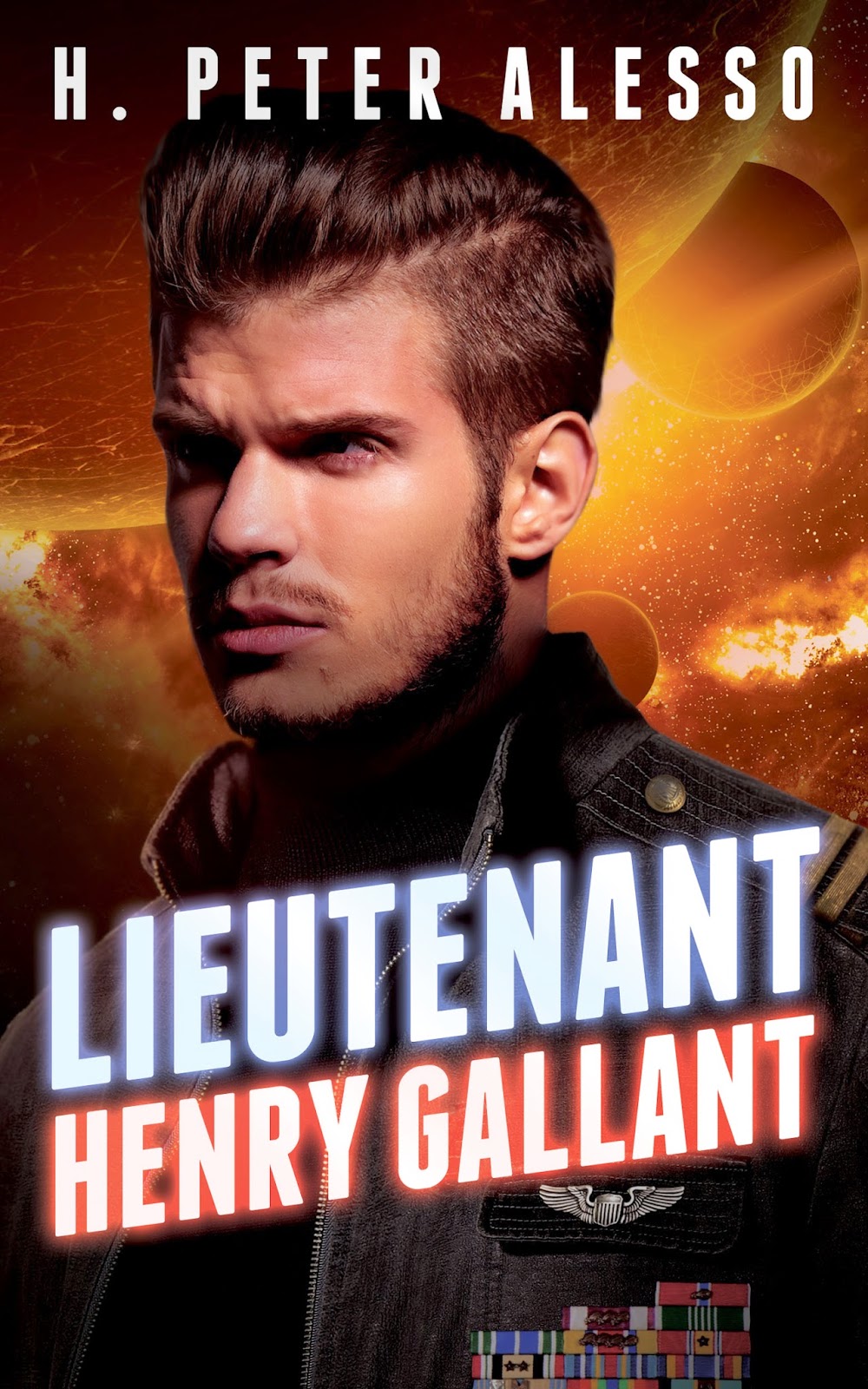 Lieutenant Henry Gallant is handsome, brave, and daring—just what you want in a hero who sets out on a great adventure. A rival challenges him for the love of a beautiful, young, and bold woman—just what you’d expect in a warrior princess. Together they face an alien invasion, a jungle full of dangers predators, and a malevolent artificial intelligence bent on exterminating humanity.

Can you guess who wins in the end? I’ll give you a hint, it’s not the corrupt politicians who maneuver to upset all Gallant’s efforts to protect the people and stop the malicious AI.

How much fun do you think I had writing this tale?

Actually, I had more.

Writing is fun and the more you work at it, the better it gets. Wait, did I say ‘work,’ I should have said, play. The pleasure of composing just the right phase, or finding just the right descriptor, is most satisfying.

When you read a story by one of your favorite authors, you can yourself immersed in another world—undergoing an exciting and thrilling vicarious experience. The characters bring to life the emotions and choices of the interesting situation.

Some of my favorite authors, I. Asimov, J. Campbell, and R. Heinlein have accomplished this for me. When they ‘set the stage’ at the beginning of a chapter, they offer elaborate descriptive prose, rich in adjectives and superlatives. For action scenes, however, their sentences become short, crisp, and emphatic. When involved in conversation, the individual characters each achieve their own ‘voice’—they demonstrate a distinctive characteristic of speech, or language, so that they can be picked out of the dialog. Of course, the arc of the main story must be seamlessly inter-wound with the subplots so that the reader doesn’t trip over the narrative. But the result is a reader so engrossed in the story that he is unaware of his actual reality, he has been transported elsewhere.

I find that there is joy in expressing your thoughts, so find your words—tell your story.